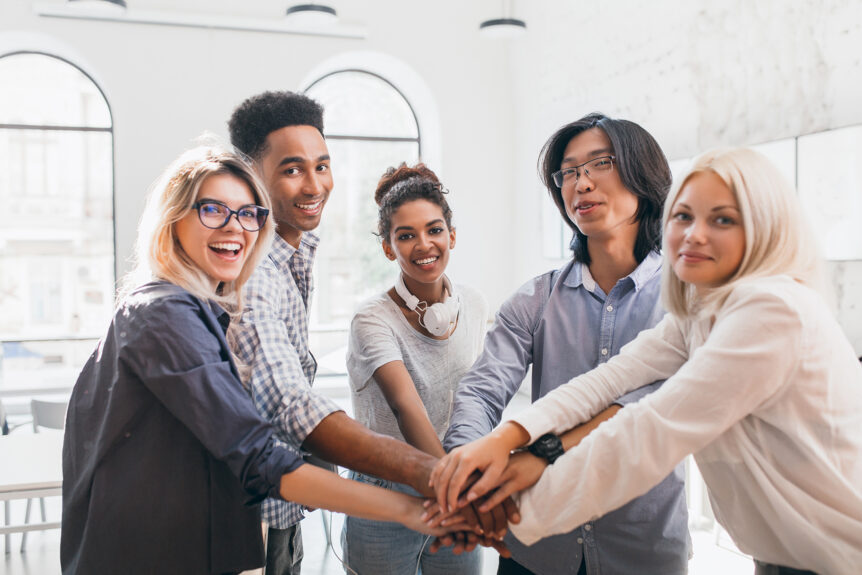 As behavioural science continues to find application beyond psychology and economics, talent development and organisational culture management are increasingly finding a use for this approach. SAGEA interviewed Alice Scott, Global Chief Behavioural Officer at Development Beyond Learning and based in the UK, about the Behavioural Scientist’s role in driving Diversity & Inclusion.

Behavioural science, in essence, uses evidence-based understanding of how human beings behave (as opposed to how we think they behave) to predict behaviour and design programmes and interventions to change behaviour for the better.

Using an understanding of innate human biases to examine why people sometimes behave irrationally, and examining the data available about human behaviour, behavioural science adds enormous value to organisations who want to drive change in their culture. Diversity & Inclusion is one such critically important area.

“There’s so much evidence1 that truly diverse organisations – those that are not only representative of a diverse workforce but that have also achieved inclusion – have better profits, better employee retention, better employee health, better productivity and better engagement.” Alice says. “It’s all about trying to get diversity of thought into your organisation, because that’s where you get more creative thinking and problem solving. Diversity with inclusion avoids group think, and without it you can fail to spot fundamental issues and opportunities. For example, a number of organisations have failed to create facial-recognition capability that is equally good at recognising all faces, irrespective of their colour.

So, if the benefits of an inclusively diverse workforce are so overwhelming, why do organisations still struggle to get it right? Even in South Africa, where transformation has been high on every employer’s agenda for decades, inclusion, in particular, remains a challenge.

“A lot of behavioural science is about understanding human biases,” Alice explains. “Human beings have evolved to be very focused on self-preservation, and a lot of what we do is about protecting ourselves. Many of these ingrained biases no longer serve us well, either as individuals or in society. Our bias towards avoiding people who are not like us is one example.”

“Historically, it made sense to avoid or even fear people who were different – members of a different clan or tribe, people who looked different or spoke a different language – because they were more likely to do us harm than members of our own tribe or clan,” she continues. “Of course, that’s no longer a useful way to look at the world. So, behavioural scientists will work with companies and governments to find ways to overcome this evolutionary bias towards sameness to encourage and drive diversity and inclusion.”

Diversity targets, though necessary, have not turned out to be the whole answer. “It’s really tricky,” Alice points out, “because globally everyone has started off looking at metrics on diversity – targets for including women and ethnic minorities or historically marginalised communities – and we can see that they have made a positive difference. Without these targets, which serve to open opportunities for people who have traditionally been excluded, it’s unlikely that change would happen.”

But, while these metrics have changed the makeup of organisations, it has absolutely been proven that diversity without inclusion does more harm than good. “Human beings desperately need to feel included,” Alice explains. “There are neuroscientific studies that show, through brain imaging, that the same neural pathways light up when we feel excluded as when we experience physical pain2. In other words, the experience of social pain manifests in the body the same way as physical pain.”

“Humans will unconsciously assess whether we will succeed in an environment by whether we feel like we’ll belong or not,” she continues. “People will opt out of environments where they feel like they won’t (or don’t) fit in. This is why diversity without inclusion leads to what is known as ‘the revolving door.’ People come into an organisation but leave quickly, and so organisations end up spending a lot of money identifying and recruiting diverse talent but fail to retain them.”

It’s especially difficult in scarce skills areas like STEM, where the pool of diverse talent is smaller still to begin with. “All the evidence shows that, when you don’t belong, you’re likely to experience ill health, physically and mentally. You’re also less likely to get promoted,” Alice points out. “So, pursuing diversity without pursuing inclusion is ineffective, and even counterproductive. You need inclusion in order to support diversity.”

This is where behavioural science comes in.  “There’s been a lot of work on helping companies create a sense of inclusion and belonging for diverse talent,” Alice says. “Behavioural scientists develop strategies and programmes to help people spot micro-affirmations and micro-aggressions, identify biases in action and implement ways to reduce them. We also help organisations think about the whole journey – from hiring practices to onboarding, to performance management and promotion, as well as how people are treated when they leave. This all supports retention,”

It’s also important to consider our biases about how we define diversity, or a lack thereof. “People tend to think ‘We’re all women, so we’re ok’,” Alice points out. “But that still isn’t a diverse environment, and these types of organisations and teams are still not going to reap the full benefits of a diverse and inclusive workforce.”

In some ways it’s easier to miss a lack of diversity in environments like this. But representation is not the same as diversity. And it doesn’t yield the same results. “The aim of diversity at work is to benefit from diversity of thought,” Alice says. “If the whole workforce shares the same point of view, even if that point of view is a historically marginalised one, you miss out on the most important positives that diversity has to offer.”

“The great thing about diversity and inclusion is that it’s the definition of a no-brainer for business – it’s the right thing to do commercially, and it’s the right thing to do for people,” Alice concludes. “But there’s no silver bullet. True diversity and inclusion is hard work and we have to keep working and reviewing our progress if we’re going to truly make a lasting and meaningful difference.”