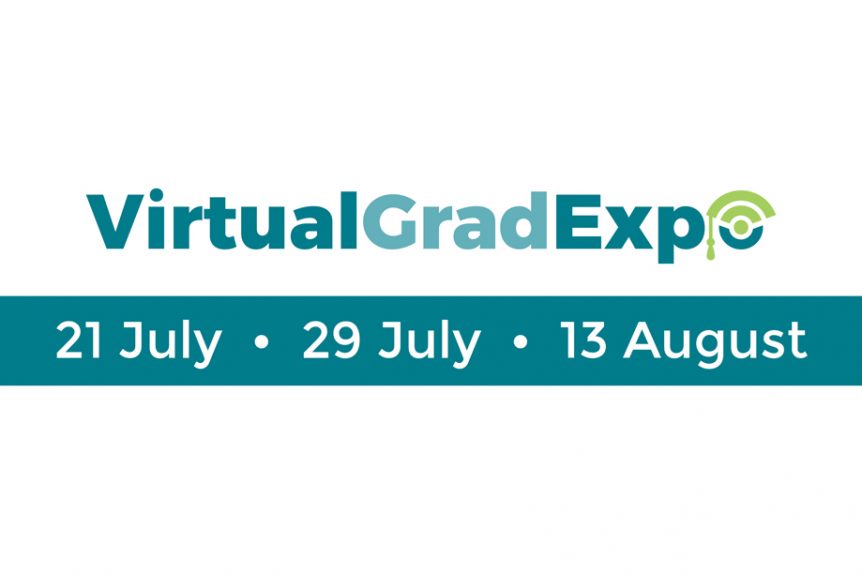 The 21st, 29th of July and 13th August saw SAGEA, in collaboration with 23 of our Universities, piloting a virtual career fair.  It felt strange to attend career fairs hosting over 100 booths and more than 8000 students at a time – in complete silence!

Having launched the VirtualGradExpo registration process for students at least two months prior to the live career days, we were overwhelmed by the steady growth in registrations with over 38 000 students registered.  It is evident that there is a demand for this type of platform among our student population and that they are open to exploring new ways of doing things – embracing the notion that the price of doing the same old thing is far higher than the price of change.

Our career fair days attracted in excess of 13 500 visitors with over 180 000 stand visits and nearly 28 000 job applications – without the need to haul a career fair stand around the country, dish out freebies to students or battle to find parking on campus!

Of course, there were hiccups  – we specifically chose the platform that we used because it provided an online chat facility which is much like a WhatsApp conversation – rather than a product that enabled a live chat – our assumption being that this would be less data-intensive and therefore more inclusive for students.  What we did not anticipate was that our volumes were ambitious given the bandwidth in South Africa.

Nonetheless, we received positive feedback from both employers and students after the career fairs.   An example of a student post on our LinkedIn page reads as follows: “Today SAGEA has given me a platform to network not only with graduate talent managers but also with frustrated graduates like myself.  I’ve been looking forward to this week ever since word got out.”

A platform such as VirtualGradExpo enables students to review potential employers and job opportunities in one place – at a time and place that is convenient for them.  Engagement with employers via the chat facility which was possible during the live career fairs is important but need not, necessarily happen only whilst the fair is live.  Employers who hosted a booth on VirtualGradExpo gained access to the email addresses of all students who visited their booth – building up a pipeline of interested students with whom they could engage during and after the fairs.

Cathy Sims, convenor of VirtualGradExpo summed up the day as follows: “A virtual career fair provided the perfect opportunity for us to ensure that no student was left behind because of a lack of access to networks and a platform such as the one we used attracted the most diverse group of students that truly represented the demographics of our country.  It really levels the playing field and we hope to see more of these kinds of solutions in the future ….”.

I don’t have a crystal ball to predict the future, but as one of our employers reflected, a day spent behind a laptop in the warmth of one’s home, engaging effectively with students and not having to repeat the same explanations ad-infinitum would not be unwelcome as the new normal!