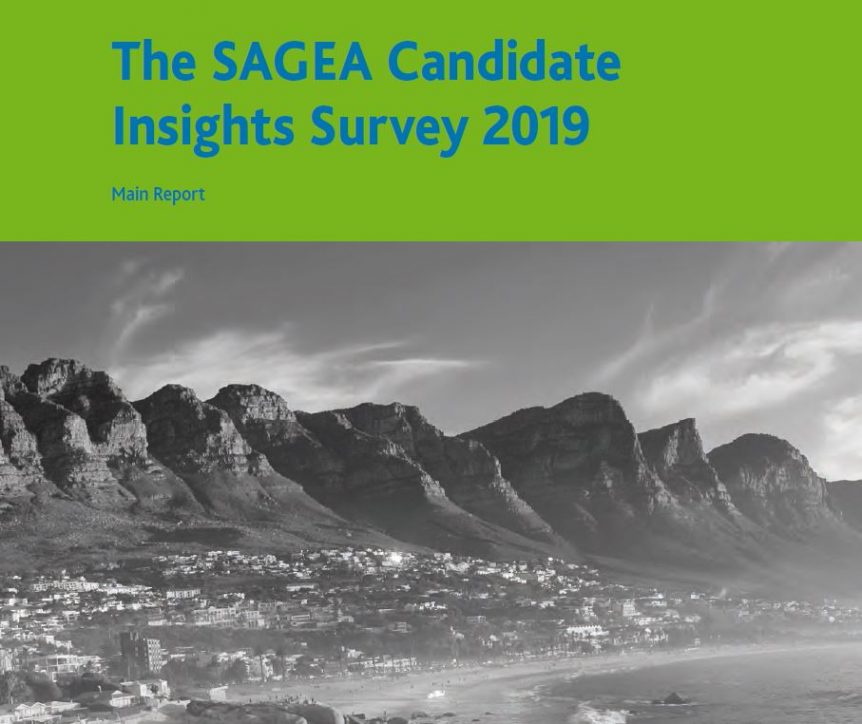 The leading graduate employers are flooded with applications, whilst the most successful students start job hunting early.

Results from an independent survey of leading employers in South Africa shows that these organisations are set to recruit record numbers of graduates in 2019 & 2020. The SAGEA Employer Benchmarking Survey 2019 is based on responses from 94 of the leading graduate employers in the country. It provides encouraging news for students looking for their first job upon graduation, even though competition to secure the best positions remains extremely high.

The SAGEA Candidate Insights Survey 2019 – an online questionnaire with 2,168 new or future employees – showed that candidates made an average of five or six applications, and most had secured multiple job offers. While employers received thousands of applications, many said there was a shortage of candidates with the right skills and qualifications.

Employers continue to look for engaging ways to interact with students to create a useful dialogue and help them to understand all of the opportunities on offer. Recruiters were very active on campus – hosting events and attending careers fairs – and were also present on social networking sites and hosting their own websites.

Highlights from The SAGEA Employer Benchmarking Survey 2019 include:

Highlights from The SAGEA Candidate Insights Survey 2019 include:

“Many employers are showing the intention to have graduates play a key role in their organisations, however competition for the best candidates remains very high and finding suitable students for technical roles continues to be particularly challenging.

The very best graduates are likely to have multiple job offers from which to choose, so employers have to work very hard to help ensure candidates feel connected to both the role and the organisation. Employers who are performing well are engaging in meaningful, authentic conversations with job hunters via multiple channels – including print, digital and face-to-face promotions.

It is interesting to note that many of the candidates who said they have secured a position with their most preferred employer started their job search early – so they had the opportunity to develop a clear understanding of what was on offer – while those who did not join their most preferred organisation were very likely to have left their job hunting until their final year.

On the whole, employers remain optimistic about graduate recruitment. They plan to increase the number of graduate vacancies on offer which shows a sustained, and real commitment from organisations to attract and retain the very best candidates – many of whom are being developed to become future leaders within the business.”

2. The South African Graduate Employers Association (SAGEA) is a professional body dedicated to connecting and advancing the graduate recruitment industry. SAGEA is the hub of the industry, making use of synergies, resourcefulness and insights to bring global best practice to our members, and elevate the profession.

3. The employers who participated in one or both surveys include: