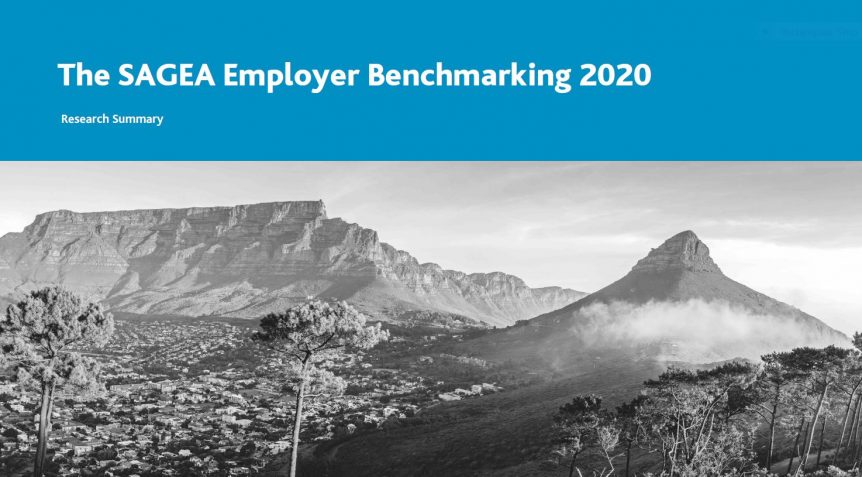 The leading graduate employers continue to be flooded with applications, and there is much uncertainty for the coming year.

Results from an independent survey of leading employers in South Africa shows that these organisations are set to recruit record numbers of graduates in 2020. The SAGEA Employer Benchmarking Survey 2020 is based on responses from 78 of the leading graduate employers in the country. The suddenness of the Coronavirus crisis and the widespread economic turmoil that it has already created will lead to considerable change in the graduate job market, as employers – large and small – re-evaluate their recruitment needs. Employers’ plans will, of course, be subject to significant change in the weeks and months ahead, however The SAGEA Employer Benchmark Survey 2020 offers a full assessment of recruitment campaigns and provides an essential benchmark from which to compare with others in the industry.

The SAGEA Candidate Insights Survey 2020 – an online questionnaire with 2,739 new or future employees – showed that candidates made an average of five or six applications, and most had secured multiple job offers. While employers received thousands of applications, many said there continued to be a shortage of candidates with the right skills and qualifications.

Employers are looking for new and engaging ways to interact with students to create a useful dialogue and help them to understand all of the opportunities on offer. Recruiters have always been very active on campus – hosting events and attending careers fairs – and are looking to pivot to a more digital offering.

Highlights from The SAGEA Employer Benchmarking Survey 2020 include:

Highlights from The SAGEA Candidate Insights Survey 2020 include:

“It seems highly likely that some of this year’s planned graduate recruitment will be reduced or postponed, leaving final year students and graduates with uncertain prospects for their immediate future. Their plans and expectations will, of course, be subject to significant change in the weeks and months ahead however many employers still show the desire to have graduates play a key role in their organisations. Competition for roles will remain high, however the best candidates are likely to have multiple job offers from which to choose, so employers have to work very hard to help ensure candidates feel connected to both the role and the organisation – this is made even more difficult than normal as employers adapt to more virtual recruitment and selection methods. Employers who are performing well are typically engaging in meaningful, authentic conversations with job hunters via a variety of channels and at multiple times. It is interesting to note that many of the candidates who said they have secured a position with their most preferred employer started their job search early – so they had the opportunity to develop a clear understanding of what was on offer – while those who did not join their most preferred organisation were very likely to have left their job hunting until their final year. It is clear that employers remain committed to graduate recruitment, however many are now planning to reduce the number of graduate vacancies on offer over the next 18 months.”